HOUSTON, Nov. 3, 2022 /PRNewswire/ -- Service Corporation International, (SCI), North America's largest provider of funeral, cemetery and cremation services, and its brand, Dignity Memorial®, have partnered with the Missing In America Project (MIAP) to inter the ashes of 99 veterans who never received a proper burial. The veterans have gone unclaimed for decades, because their families never made arrangements or they didn't have living family members to arrange a service. This will be the largest burial in MIAP history. The veterans will receive a dignified ceremony and final recognition of deep gratitude for their faithful service to our country. 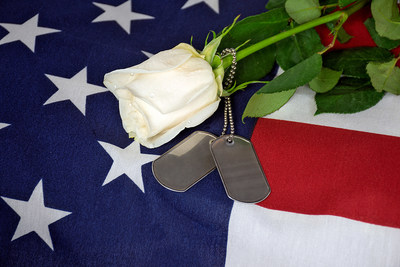 "It's tragic that they were deprived of a military funeral. We are going to honor their courage and selflessness."

A ceremony with full military honors will be hosted by:

The ceremony is open to all veterans, VSO members, the public and members of the media. On Nov. 16, the   veterans' ashes will be transported to Washington State Veterans Cemetery, where they will be laid to rest.

The veterans to be interred served in the US Army, Navy, Marine Corps, Army Air Forces, Coast Guard and Merchant Marines during the Spanish American War, World Wars I and II, Korea, Vietnam, and non-war specific periods. The 99 veterans include:

"We are honored to give these veterans the dignified burial they deserve for bravely serving our country during times of war and peace," said Jay Waring, SCI's Senior Vice President and Chief Operating Officer. "It's tragic that they were deprived of a military funeral. We are going to honor their courage and selflessness."

"Every veteran, including those we will soon inter, signed a blank check to the United States of America up to and including their life. One thing they were promised was an honorable, dignified military burial. We are going to fulfill that obligation because it's the right thing to do," said Clyde Taylor, Vice President of MIAP.

In addition to the veterans, MIAP has identified 14 spouses of veterans and 10 dependent children who have been unclaimed and who are eligible for burial in the state veterans cemetery. They will also be laid to rest on Nov. 16.

Missing In America Veterans recovery program visits funeral homes around the country to fulfill their mission of securing a final resting place for the forgotten heroes. Volunteers create an inventory of ashes, and verify the date of birth, date of death and any other available information. Often, considering how long the ashes have gone unclaimed, the funeral home does not have the complete information needed to verify veteran status, so MIAP volunteers submit a request to the National Cemetery Scheduling and Eligibility Office (NCSEO) for verification. Once determined eligible, MIAP then coordinates with a State or National Veterans Cemetery to provide final interment with military honors. The process requires extensive research, and sometimes takes up to a year to prove eligibility.

While it is unknown why the veterans were unclaimed, every year, thousands of ashes go unclaimed by surviving family members, friends, and loved ones. Periodically, Dignity Memorial locations invite MIAP volunteers to research unclaimed remains still in their care, to determine if any of them are veterans. When they can validate a decedent's veteran status and eligibility to be interred at a national cemetery, Dignity Memorial partners with the MIAP to inter the veterans with full military honors.

The ceremony on Nov. 14 can be watched online.

The Dignity Memorial® network of more than 2,000 funeral, cremation and cemetery service providers is North America's most trusted resource for funeral and memorialization services. Dignity Memorial providers offer an unmatched combination of products and locations serving families with care, integrity, respect and service excellence to celebrate each life like no other. For more information, visit www.dignitymemorial.com.

Service Corporation International (NYSE: SCI), headquartered in Houston, Texas, is North America's leading provider of funeral, cemetery and cremation services, as well as final-arrangement planning in advance, serving more than 600,000 families each year. Our diversified portfolio of brands provides families and individuals a full range of choices to meet their needs, from simple cremations to full life celebrations and personalized remembrances. Our Dignity Memorial® brand is the name families turn to for professionalism, compassion, and attention to detail that is second to none. At September 30, 2022, we owned and operated 1,463 funeral service locations and 488 cemeteries (of which 300 are combination locations) in 44 states, eight Canadian provinces, the District of Columbia, and Puerto Rico. For more information about Service Corporation International, please visit our website at www.sci-corp.com. For more information about Dignity Memorial®, please visit www.dignitymemorial.com.

MIAP was launched in Oregon in January, 2007 and is a registered charity. The Executive Director of MIAP is Linda Smith who is a U.S. Navy veteran and is retired from the DOD. MIAP is formally endorsed by the American Legion through their national resolution #24 (2007) and Am Vets through resolution 09-19. (2008) MIAP has over 400 volunteers in 47 states. To date they have visited 2,565 funeral homes and documented 28,341 cremated remains in their (private) database, 6,092 of which were identified as veterans, 5,652 of these have now been interred. Some remains date back to the early 1800's. The Missing in America Veterans Recovery Program (MIAP) (EIN: 20-8408832) is a Federal recognized Non-Profit Veterans Organization for the identification, location, verification, and movement of Veterans and their Dependents. For more information, visit www.miap.us.